This Eid, we got a family photo shoot done, and I’m so glad we made time for it!

Here are the results:

I have friends making over $2500 on Medium by writing articles once a week.

It’s a platform I’ve played around with for a while, but I’ve never dived into.

Not until now, at least.

I’m officially on Medium @SaniaKhiljee, so follow me here: https://medium.com/@SaniaKhiljee

My writing career has become one of my top priorities again, so you can expect a lot of stories to be shared over the next few weeks.

My favorite part is that I’ll be able to go into greater detail about my life stories than ever before, and you know how I am.

I hold nothing back.

I was at my lowest point in 2019, following the birth of my daughter.

I love my child and motherhood deeply, but I was ill-prepared for how dark postpartum depression could get. 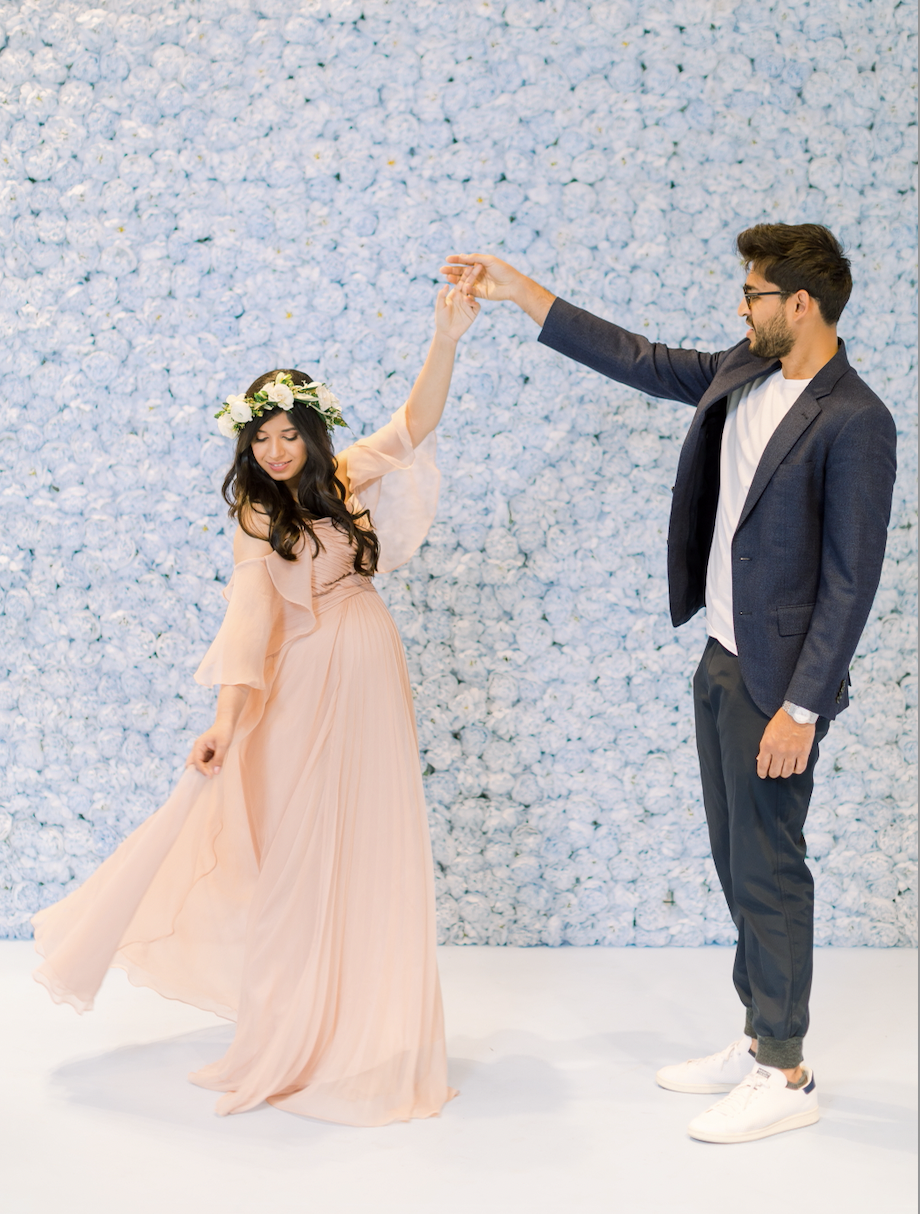 Every day was harder than the one before, and there came a point where I lost all hope.

This time period coincided with the end of the decade.

I did not want to go into 2020 depressed, so I started a simple challenge:

I’d post one thing that made me happy a day for the next 100 days.

Turns out, someone had already come up with this challenge and titled it #100HappyDays, so I tried it out.

At first, it was quite simple. I posted fun photos from each day, but it was as I got deeper into the challenge that it became more complex.

There were really hard days, and my “happy moment” was a simple five minute coffee break…

There were other days that were unremarkable, and there was no “one moment” that I could pinpoint that made me happy.

I had to become intentional about making myself happy daily, and that’s when things began to change for me.

I planned my week out based on the what I wanted my happy moment to be.

I became responsible for my own happiness—and made it a priority.

I also held myself accountable for my happiness by posting daily.

This shift, though it seems so small, has been truly life changing, and my 100 days of happiness has turned into a lifetime practice.

Is this a challenge you would try? What’s a practice that you’ve incorporated that’s made you happier?

Towards the end of college, I became very good friends with a girl. For privacy, I’ll call her “Ari.”

We spent a lot of time together and soon became inseparable.

…And she was there for me as I fell in love again.

We went on many adventures together and travelled as often as we could.

During Ramadan, however, we paused our travels to focus on prayer since it is the holiest month for Muslims.

I remember reading Quran one day, and I was alone in my room.

All of a sudden, I heard Ari’s voice.

I looked around, but no one was there.

It was likes someone was playing with a volume button.

Her voice began to go in and out…

Before I could process what was happening, I heard a man’s voice say clearly, “Do not talk to her anymore.”

Then, the voice disappeared, and all I could hear was the sound of my heart pounding.

I tried to ignore what had happened, but every time I saw Ari after that incident, I felt anxious.

And every time I saw her, I’d have nightmares of large snakes.

They were everywhere in my dreams.

I was constantly fighting the snakes away in my dreams, but it was futile.

There were too many.

The only way I could get the nightmares to stop was to distance myself from her.

I still remember how hurt and confused she was, since we’d been so close, and I didn’t know how to explain why I was pulling away….

But I trust that voice was watching out for me.

The nightmares ceased once our interactions did, and we haven’t spoken much since.

I’m still in disbelief every time my family & I discuss my late grandfather’s life….

He was orphaned by the age of 10, and he had two younger siblings that he had to work to support.

He single-handedly raised them, and eventually, when he married, he had four kids of his own.

My father was his youngest child. 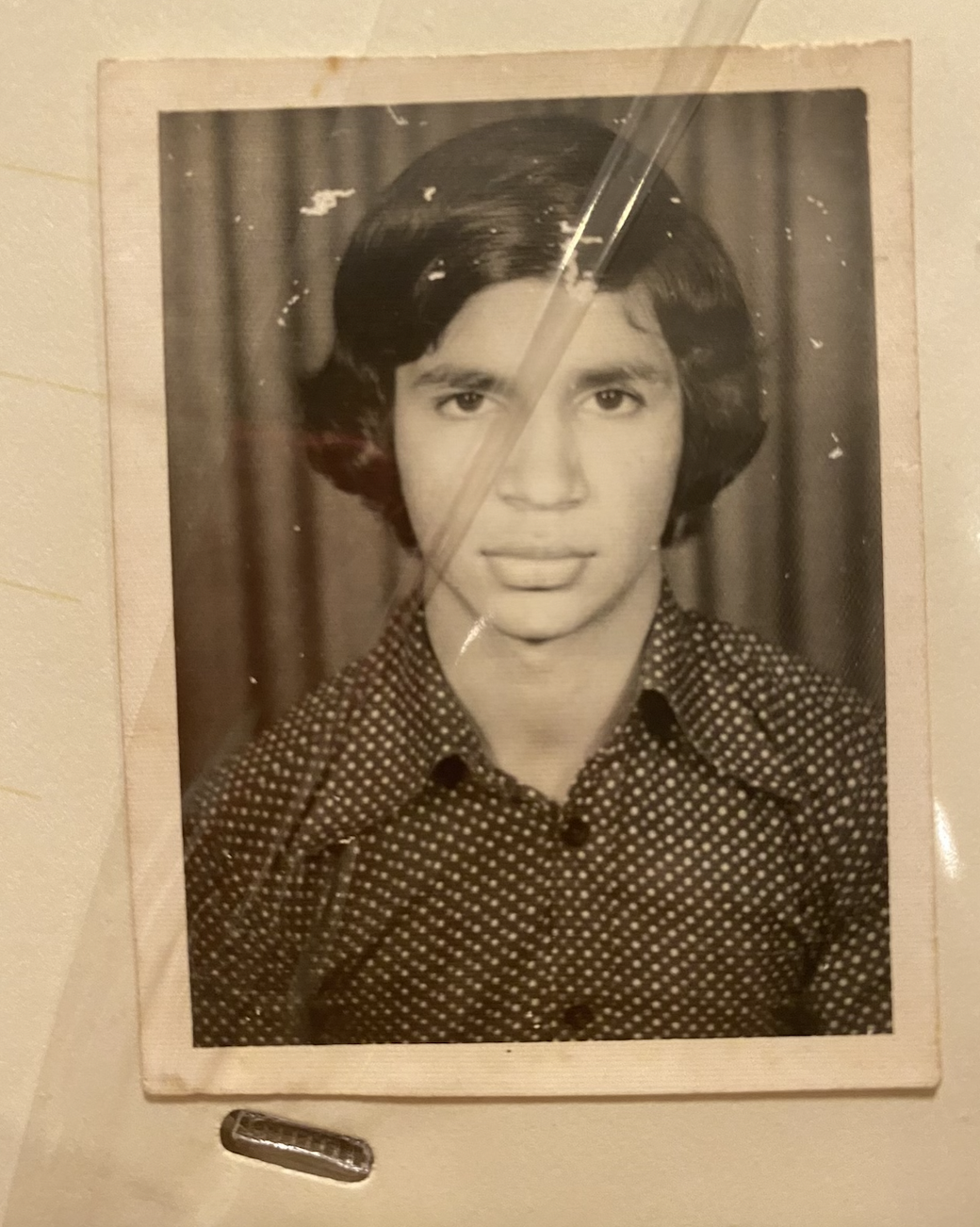 My father grew up in Pakistan, but he moved to the U.S. to attend the University of Houston.

He would not have been able to immigrate if it were not for his elder brother, who helped him throughout the process, housed him, helped feed him, etc.

My dad studied hard, but the economy was going through a downturn when he graduated.

Though he’d majored in engineering, he was not able to find a job in his field.

He ended up selling insurance instead, and eventually, he opened his own agency.

That agency was the start of his entrepreneurial journey, and from there, he built a series of multi-million dollar businesses.

That is not, however, the most impressive thing my father achieved.

I think, deep down, he never forgot his father’s struggle, so as soon as my father had the funds, he helped build a school in Pakistan for children in poverty.

The Jamil Campus is now open and running in partnership with The Citizens Foundation, and it is not only a way to honor my late grandfather….

It is the most inspiring thing my father has done, and I hope to be able to follow in his footsteps to help those in need at every opportunity.

“Stop wasting time on social media” is what I was told over and over again.

It was a distraction—and if I wanted to be successful, I should focus on a real career—and while it was tempting to give up, I couldn’t.

I couldn’t stop, because content creation wasn’t an end goal for me.

It was (and continues to be) my life.

I am storyteller at heart, and social media is my medium.

2015 is when I started, and since then, I’ve put in hours and hours every single day.

While my followers grew, my income did not…

“Insanity is doing the same things over and over again and expecting different results.” -Einstein

Then, I decided to try something different.

Instead of focusing on what I didn’t have, which were reliable streams of income from social media, I focused on what my perfect future would look like.

I’d often heard of the Law of Attraction, but it wasn’t until I put it into practice that I became a true believer in the power of visualization exercises.

I imagined signing with a talent agency.

I imagined building long-term partnerships with brands that I truly loved.

I even imagined what it would look like to hit a million followers on IG & TikTok, and while this hasn’t come true yet, the first two have.

If you’re beginning to feel frustrated by constant failure, try to change your focus.

It’s a slight shift, but it’s the most powerful shift that you will ever make.

This has been my most difficult Ramadan yet, even though it’s barely begun.

For years, I created content for hours and hours a day, but there were a lot of years where I had nothing to show for my efforts.

That is finally changing.

I never stopped creating content, even when it felt like I wasn’t “getting anywhere,” because I love it too much.

That persistence paid off.

I feel extremely fulfilled creatively, and that is something I’ll never take for granted.

I’m so blessed to do what I love for a living.

Don’t let this photo fool you.

Pregnancy was anything BUT glamorous for me, and even though my daughter is my whole entire life, it is an experience that I’m not likely to repeat… 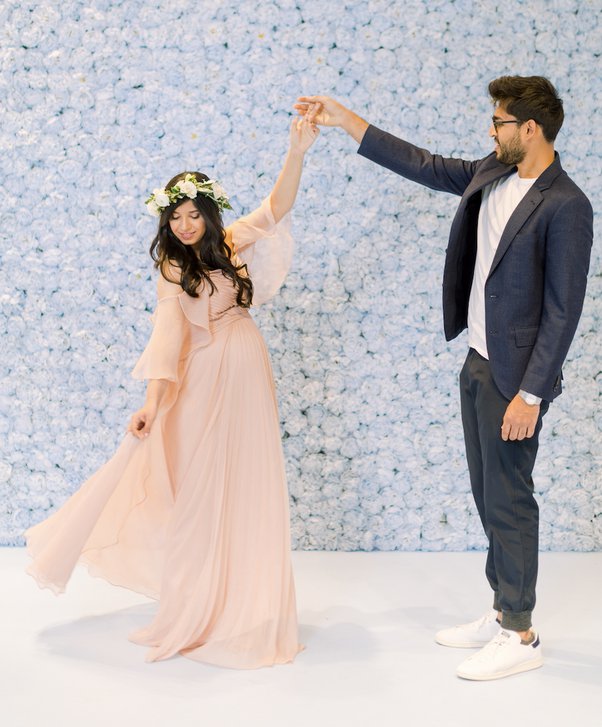 When I was 27, I had a vivid dream that I was holding a curly-haired baby girl, and in my heart and soul, I knew I would have a baby soon.

At that time, we weren’t trying, but my husband would be thirty soon, and I convinced him that we should begin family planning…

Two months later, I was pregnant

As soon as my husband and I discussed the possibility of having a baby, I stopped my anti-depressants—including Zoloft and Xanax.

These medications are essential for my health, and being off of them (along with the hormonal roller coaster ride that is pregnancy) made me extremely anxious.

Every single day I was convinced something bad was going to happen to the baby.

I think deep down, I felt like it was too good to be true—too miraculous to be real—and I was extremely anxious.

That became the best part of pregnancy for me. Her kicks were my reassurance that she was okay, and my God was she active!

Soon after that, though, I was diagnosed with Choleostasis, which is a condition of the liver that can cause complications in the child, including stillbirth.

My pregnancy became high risk, and my nerves were back to an ALL TIME high.

I did not relax until I was in the hospital room, induced, and about to give birth.

That’s finally when I felt I could breathe, because I knew I was in good hands…

And when they put my daughter on my chest…

Well, that was the most beautiful moment of my entire life.

My father immigrated to the US from Pakistan during college & began to attend school at the University of Houston.

He later graduated with a degree in mechanical engineering, but right as he graduated, the economy collapsed and he was unable to find a job in his field.

He began to sell insurance—but he was the only person of color in his company, and this led to conflict with his co-workers.

He was let go, so he ended up starting his own insurance company.

At the time, all he had enough money for was a phone and one month’s rent…

He had a wife and baby (me) that were dependent on him, and I remember growing up in his office.

When faced with a challenge, he does not give up.

He’s extremely creative and is constantly coming up with new business ideas.

Even in his 60s, he hustles harder than almost everyone else I know…

And every single day, it is my father who inspires me to be the best I can.