How the Law of Attraction Changed My Life

Home / Self Help / How the Law of Attraction Changed My Life 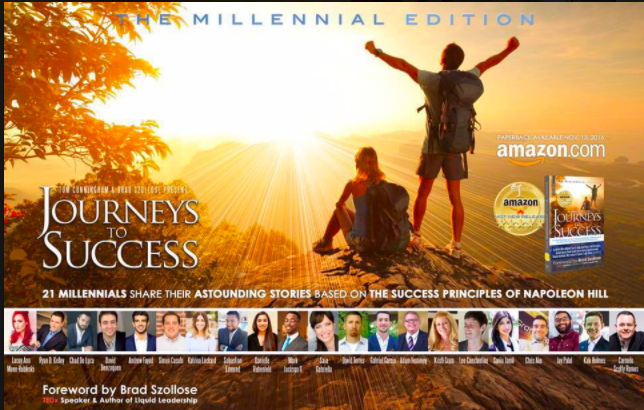 I remember watching The Secret for the first time in 2013 and having mixed feelings. Could it be so easy? Could what I think about simply be “attracted” into my life? I was skeptical, but as a self-proclaimed personal development junkie, I decided to give it a try.

I would close my eyes after praying and exude feelings of love, desire to become a writer and entrepreneur, and positivity. That was two years ago. I eventually realized that the Law of Attraction was so much more than my simple exercise. It included what I focused on, thought about, talked about, looked at, etc. so I committed myself to pursuing writing and entrepreneurship more aggressively.

I began to think about my dreams in detail. I reflected on what the moment would be like when I finally got a call that my writing would be published. What would I do? How would I react? Where would I be? I dreamt of it constantly.

And as the law promises, things began to come together in my life in ways that I could never have imagined.

Growing up, I’d always wanted to be a fantasy writer. I spent 7 years working on multiple drafts of a novel that peaked the interest of several agents but was eventually deemed a “subject matter that was currently too saturated. Try again later.”

I wasn’t devastated as the rejections rolled in. I expected them, but what I didn’t expect is how I decided to try my hand at writing about self help. I started a blog, because any non-fiction writer needs a platform… and suddenly, 500 followers, 1000 followers, 5000 followers, 10,000!

Better yet, I was meeting people on a daily basis, including entrepreneurs, speakers, writers, and creatives from all around the world. I met one person in particular named Chris on Instagram, and I remember him posting how he was going to be part of a book about millennial entrepreneurs.

I’d never really had the nerve to message and ask someone if I could call them before via social media, but this post interested me. I reached out to him, and when we spoke, I remember him saying, “I can tell you how I got part of the book, but better yet, let me help you be part of it.”

I didn’t know what to say. I must’ve thanked him a thousand times, but it still didn’t feel enough. Did he realize what he’d so casually offered was my LIFE DREAM?

Eventually, Brad (who is now a good friend) called me. He was part of the team that was putting together the book and publishing it, and I shared with him my story as I drove to the airport. I was about to catch a flight to California for a conference, and by the end of the call, he said, “You’re in.”

The book “Journeys to Success: The Millennial Edition” was published in 2015, and my chapter “Ring of Change” details my story of being trapped in a relationship where I was told what I could and couldn’t do. Every detail of my life was decided for me until I started to fight back. Eventually, my ex-fiance cheated on me, liberating me once and for all from a toxic relationship. It was then that I decided to live a life true to myself. I started two businesses, and eventually, I found the love of my life Naush.

On the day of its release, the book became a #1 Bestseller on Amazon in several competitive categories, and though it was only a chapter that I could claim as mine, my heart was full knowing that the universe had heard my prayer. Better yet, it complied.

I can only imagine what the future will hold.

Could You be an Empath?

Why Not Focusing on Relationships Can be as Unhealthy as Smoking 15 Cigarettes…Per Day!

A Guide to Getting Started on Linkedin

July 20th, 2018
We use cookies to ensure that we give you the best experience on our website. If you continue to use this site we will assume that you are happy with it.Ok